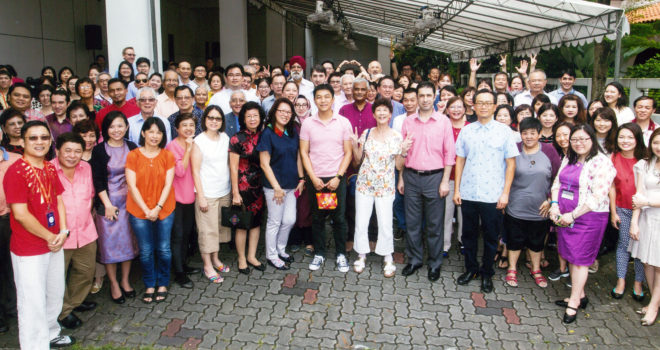 Last Sunday, we had the honour of having Minister Tan Chuan-Jin, Member of Parliament for Marine Parade GRC, join by several religious representatives from Inter-Religious Organisation, Singapore and our Sangha members at a vibrant celebratory “Lo-Hei” session to welcome the year of Yin-Fire Rooster. Once again, we like to wish everyone a prosperous 2017 ahead!